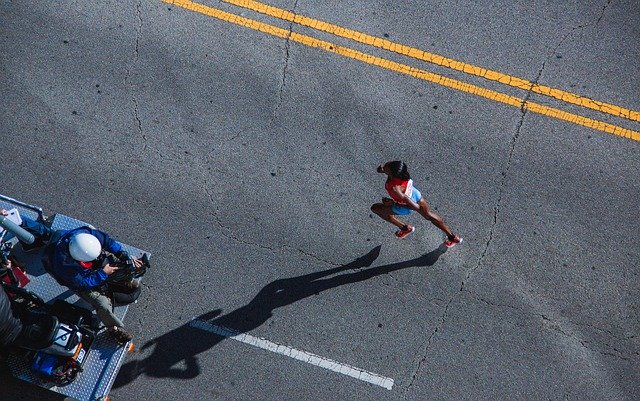 It is important to note that every business that has ever existed and made good profits must have had social media presence at one point. This includes presence on Facebook, Instagram and twitter amongst many other social media platforms available. On most occasions, however, it is difficult to stand out or connect with people on such platforms. This is especially because of the level of competition for businesses on social media.

Every business wants to be felt son social media to an extent that it is very overwhelming for users. They are kept confused of which marketer or online-based business to give more attention.Even though Snapchat is exhibiting enormous popularity amongst similar brands rapidly, one ought to note that there is still limited competition for businesses that seek online awareness through this platform.

Unlike other social media platforms like twitter and Facebook that businesses and online marketers have flocked with the intention of gaining online existence, Snapchat is yet to be fully exploited fully as a marketing platform. Snapchat therefore become one of the few social media platforms that has a wide range of audience but only a limited number of businesses trying to exploit such audiences for business growth.

When confronted with the idea of social media, many immediately think of a site in which people connect with the purpose of communicating through written messages. However, Snapchat is totally different. Snapchat users share snaps in the form of short videos and images that are edited with numerous pictorial effects. As such, users meet new audiences in a completely new way with the help of completely new content.

Just as it is the norm, internet users are always enthusiastic about new stuff and are more likely to engage in new and different stuff as compared to ordinary things that they are used to on a daily basis. The fact that Snapchat offers a completely different user experience as compared to other forms of social media platforms makes it stand out. This is a big advantage for entrepreneurs who seek online awareness and attention through this site.

Though many might not immediately ascertain the level to which Snapchat can assist their internet marketing intentions and aspirations, it is worth noting that the exiting audience in Snapchat alone is enough to convince an internet marketer or an online-based business of gainful platform to market their goods and services.

Snapchat offers a feeling of authenticity

One ought to note that social media sited are generally great when it comes to rapport building. On most occasions, social media sites play an imperative role in making their users view online-based businesses from the exact perspectives they would like to be viewed from. Despite being considered as one of the many social media sites, Snapchat amplifies the idea of social media marketing.

Unlike many social media sites, Snapchat tends to promote what is happening now. The use of modified images and videos communicate current undertakings in a way that makes their viewers to instantly understand whatever is being communicated. The fact that Snapchat allows its users to edit photos with the help of filters with the aim of making them more appealing and interesting brings a completely different user experience as compared to the rest of social media sites.

This might not be the single most important aspect of marketing through Snapchat but we certainly cannot go without acknowledging the fact that it is free. This is perhaps the only advantage for internet marketing sites that cuts across the board on equal dimensions for all the sites. Therefore, the fact that Snapchat is free to download does not make so much significance until topped up with other advantages that come with it including less competition and authenticity.

The demographics of Snapchat

There is nothing as important as the demographics of an online marketing platform for online-based businesses. It is only through the demographics that a business is able to ascertain whether the site selected for its marketing is viable for the kind of products and services it offers.

It is therefore imperative to take into close consideration the demographics of any online marketing site as a way of aligning the interned goods and services to the right audience and most especially consumers. It is only this way that an effective marketing strategy can be developed and actualized.

Out of the total number of Snapchat users, recent statistical analysis validated in 2015 indicate that 37% fall in the age bracket of 8-24 years. The statistics also show that 71% of Snapchat users are below 25 years. A close evaluation of these figures illuminates the kind of audience expected in the event that an online marketer or an online-based business takes up Snapchat as one of its fundamental marketing platforms.

The statistics can readily tell the kind of audience expected and the nature of response anticipated when marketing commences on this platform. The population of Snapchat users comprises of 30% men and 70% women. This is an important revelation because it shows the gender distribution of Snapchat users. There are online-based businesses on internet marketers who majorly target ladies while other target men.

It is thus important to know the gender distribution of a prospected marketing site before embarking on the actual marketing. According to a recent study, Snapchat has a younger audience as compared to a number of similar social media sites. Despite being described as a younger audience, more than half of Snapchat’s users are above the age of 25.

This is an implication that the largest percentage of people with the financial capability of buying goods and services are aged above 25. Thus, the fact that more of Snapchat’s users fall within this age bracket makes Snapchat an invaluable marketing tool for not only online marketers but also online-based businesses that seek to have online awareness.

Featured
Snapchat is an invaluable tool that offers a myriad of marketing options that can be exploited in order to meet certain goals and objectives...

Featured
What does it take to become one of the top respected brands on the web, in any niche?It takes a LOT of hard work...

Featured
So at this point in this article we have learned an awful lot. You now know how to write great content, how to keep...

Featured
On Facebook and Twitter, the main ways you are likely to promote your brand are by posting comments about your niche or links to...

Featured
With all these techniques, you’ll be able to start generating something of a following. But you can also help this along with the right...

Featured
Something that’s useful to cultivate for your social media is to better understand the psychology of sharing. Why do people share? What makes a...

Featured
You now have a full understanding of how Pinterest works and you’re set up with an account that looks the part and that should...
© Social News Wired
MORE STORIES